Fifty years ago in New Orleans, Louisiana, a taste sensation was born. What began with one small restaurant and one big idea turned into a craze that swept the nation – and the world. 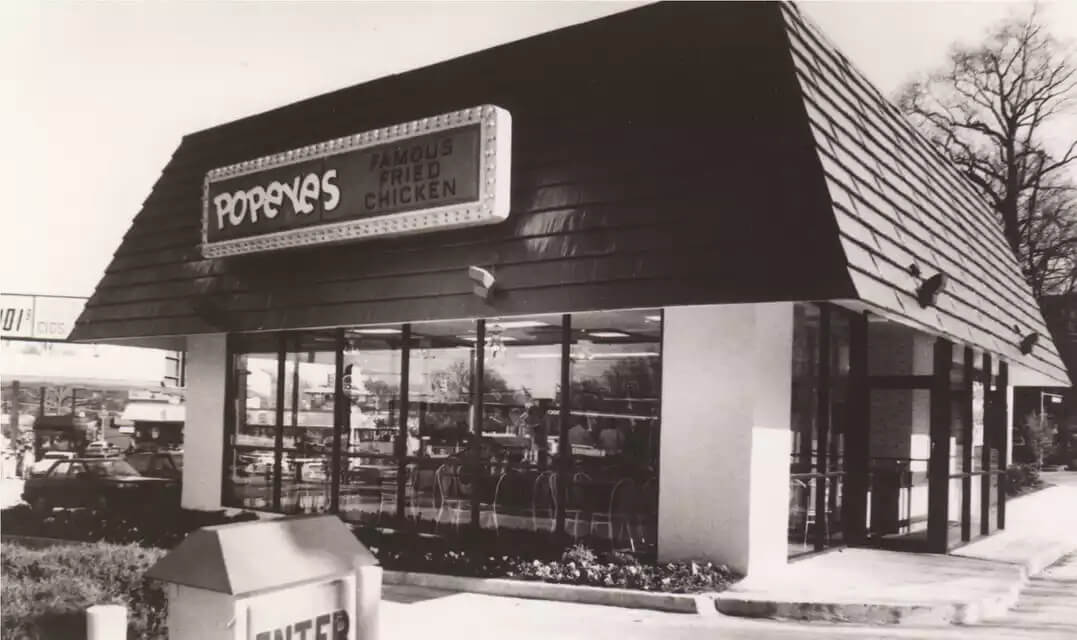 After several months of lackluster performance, he reopens the restaurant as “Popeyes” (after Popeye Doyle of The French Connection). This time he sells spicy, New Orleans-style chicken.

Popeyes introduces its “Love That Chicken from Popeyes®” tagline.

The Popeyes brand reinvents itself based on its long-standing roots in Louisiana-inspired home cooking. This includes a new logo, distinctive new products and a new advertising campaign touting “LOUISIANA Fast.”

Popeyes introduces feisty spokesperson Annie to tell it like it is on national television.

The Popeyes Foundation, Inc. announces partnership to benefit ProStart®, a program for high school students who are interested in culinary arts and food service management.